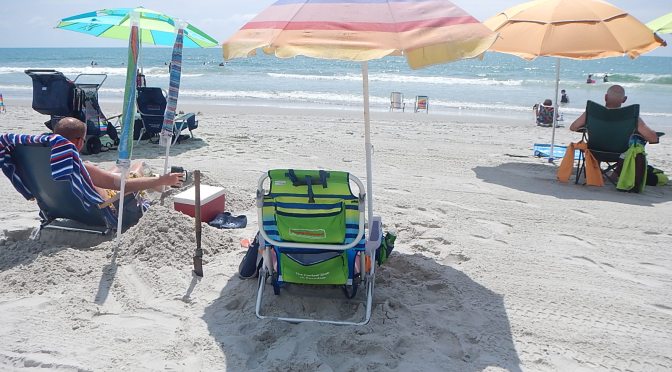 We got home from our vacation at Myrtle Beach yesterday. In total, we had ten full days at the beach and it was fabulous. I always look forward to our annual vacation in August. Barry and I traveled with our camper – we have been staying at the same campground for years now. We were there with my dad, his girlfriend, and my little sister and her boyfriend (they had an adjacent campsite), along with my aunt and uncle (who also stay at the same campground and were on the same row!). 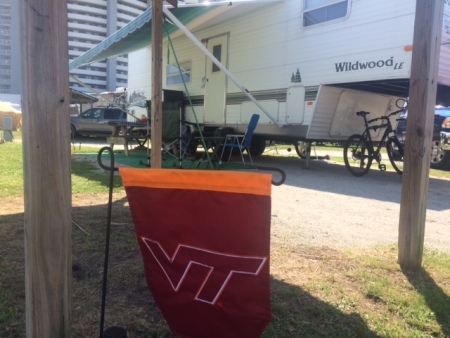 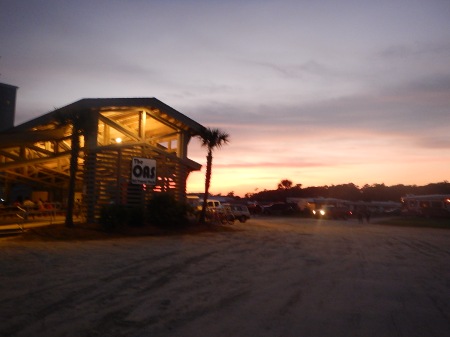 The rest of the time was a whirlwind of morning runs with my little sister, watching the meteor showers on the beach at night, going out to eat, and playing card games/hanging out at our campsites as a group. 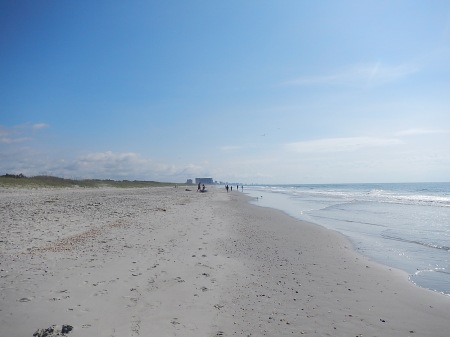 Barry and I spent a lot of time on the beach hanging out in our beach chairs and reading. In total, I read three books (Endangered by CJ Box, Code of Conduct by Brad Thor, and Go Set a Watchman by Harper Lee) in addition to a couple of magazines. I also spent time doing things like Sudoku, crosswords, and other logic puzzles. I didn’t spend much time in the ocean, but I did rope my little sister into a game of soccer one day on the beach! 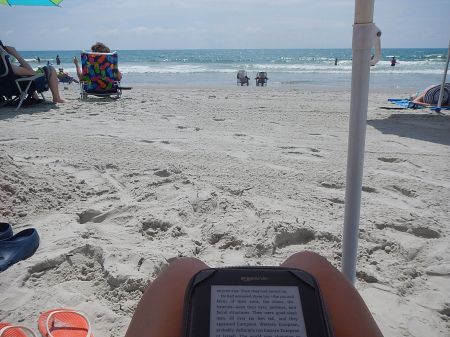 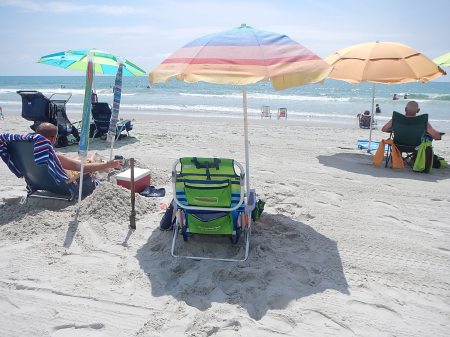 Barry and I spent our last full day mostly on the beach until a storm rolled in and chased us off. The sky got so dark and then the heavens opened up and it poured as a big thunderstorm started! 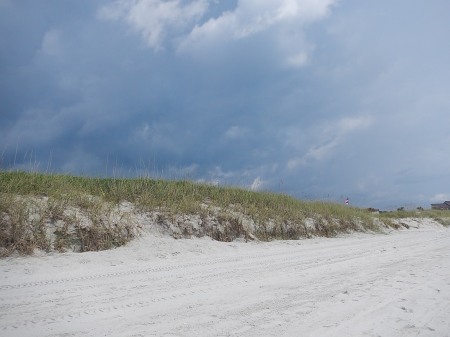 After the storm passed, Barry headed back out to the beach. I opted to hang out at our campsite and read my book from there since they were calling for more storms in the evening. 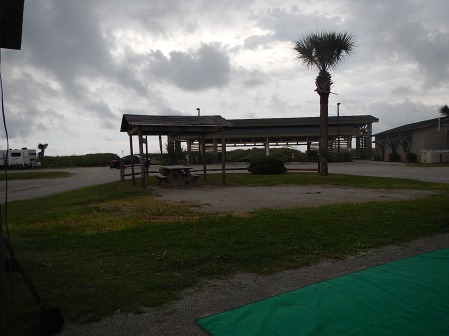 Sure enough, another storm rolled in later in the evening. We were rewarded with a beautiful rainbow afterward, though.

The dogs were along with us, as they often are when we camp, and I think they had a good time, too. They always enjoy getting to explore a new place, and we went on many walks while there. But mainly, they like sleeping in the camper in the air conditioning. 🙂 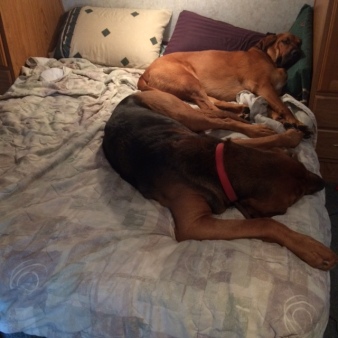 Overall, a very fun and relaxing vacation. I’ve got the weekend to get all of our laundry done and get back into the swing of things, and then it’s back to work on Monday!

What activities do you like to do at the beach?

Thanksgiving ✅ On to Christmas…
Bring on the upsets, the drama, the underdogs, and the histrionics. Let’s see who is the best in the world!! #fifaworldcup
Thanksgiving is always a puzzle. Luckily, I happen to like puzzles… and lists. 😊
Halloween decorations put away. Thanksgiving decorations in full effect. Michael Bublé and Mariah Carey are defrosting as we speak. 😉
Guess it’s about time to say goodbye to Halloween and switch to my turkey stuff 🦃
These are my pumpkin carving skills after being up for 46 hours straight, taking a 4 hour nap, and then driving for 4ish hours. I don’t think I did too bad 😜