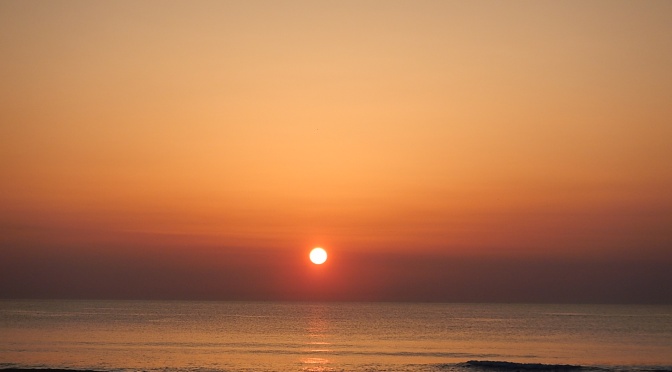 Every year I have a week long annual meeting for work, typically in Virginia Beach. Last year it was held the week following Conquer the Cove 25K trail race. This year, it was the week after Blue Ridge. They sure do like choosing weeks where my legs are going to be too tired to do any major running while at the beach.

First off, I wanted to say that I was a bit bummed when I found out when our meeting would be this year. It meant I had to miss the Boston Marathon on Monday. I often like to play hooky from work and watch the TV coverage (that’s what leave is for, right?). However, I did record it and am looking forward to watching it this weekend!

It’s been a crazy busy week, and I’ve been going from 7:00 AM to 11PM or so. That, combined with the sounds of freedom flying by overnight, have made for one tired girl. But I managed to drag myself off of the pillow Wednesday morning for an invigorating sunrise run. 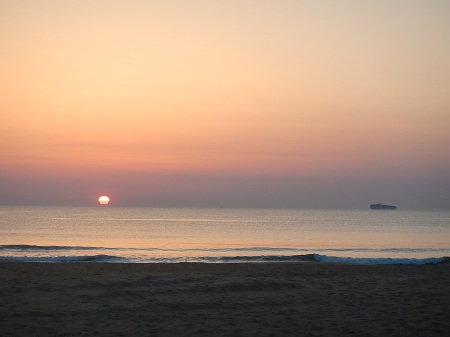 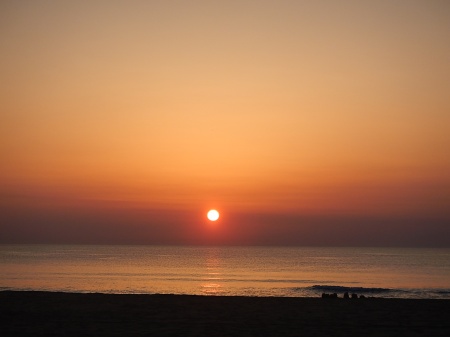 Look what I spotted during my run! 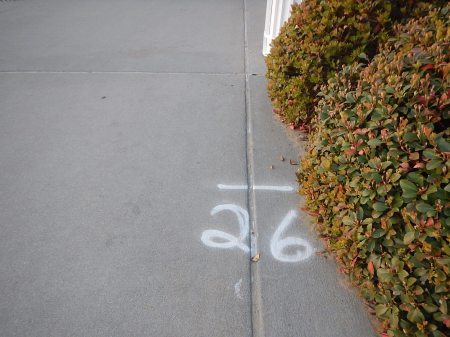 The mile 26 marker for the Shamrock Marathon that takes place here in March. I have finished a half marathon on this boardwalk, back in 2007, and I imagined what it would be like to finish a full here. Barry’s face says it all.

I was able to sneak in another run this morning before starting my work day. I like being out on the boardwalk early in the morning and seeing other people out and about while it’s still quiet and peaceful. 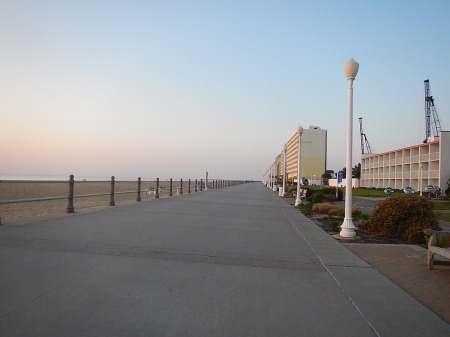 I would have liked to get in more running, but it’s probably for the best that I took it a bit easy during the week after Blue Ridge last weekend.

If you travel for work, do you have to adjust your typical workout schedule?
Is anyone else going to be at the beach this year?