I’m taking a page out of Jeano’s book today to share my 2015 in pictures. The idea is to select one picture from each month to share your favorites from the year. It’s hard to choose just one photo for each month, so some months have an honorable mention.

This past year is a year I’m happy to put behind me. There was good and bad, as with most years, but I feel like this year the bad hugely outweighed the good. 2015 was a year full of running, camping, a few health scares, and an unimaginable loss. Here are my favorite photos from the year…

The new year started out with a lot of epic long trail runs. This photo of the frozen Cascade Falls was from one of those trail runs that Barry and I went on together. The snow and ice on the ground made for a tough run, but the woods are so gorgeous covered in snow and I loved being out there. We need to go back and do that one again.

We had more snow throughout the month of February, including one huge storm that left me stranded on the interstate for 8 hours. Annabelle was just a few months old throughout winter, and it was entertaining watching her play in the snow. She wasn’t always a big fan, but sometimes she had fun!

In March most of the snow melted, and the temperatures warmed up enough for us to have rain instead. Barry and I ran a very, very muddy trail race at the Montvale 5 and 10 Miler.

April took me to Virginia Beach for a week for work. This is always an exhausting week for me, but I usually try to get out for a few short morning runs to keep my sanity. The concrete boardwalk sometimes wreaks havoc on my temperamental shins, but I love watching the sun rise over the ocean.

This is a post-race photo after Conquer the Cove 25K trail race. If I had one of Barry and me together, I would have used that, but I don’t. Standing (or swimming, in some folks case) in that lake after the race feels amazing. Barry joined me for several RNUTS races last year. I think he had a good time, and I had a blast sharing those races with him. Mountain Junkies know how to throw a good party. I also got to meet JoAnne in person at this race, too, which was great!

*honorable mention for May

We also went on a very fun camping trip, for my college buddy’s wedding, in May at Fort Monroe. I found the campground because we needed somewhere to stay. I had no idea how much history was there, or that our weekend would turn into a mini vacation. We plan to go back someday to explore more! 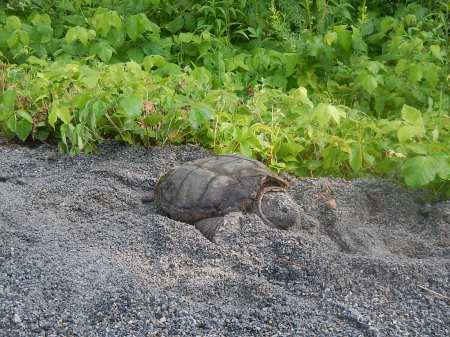 Kim and I came across this turtle laying eggs near the creek while out on a long run. It was such a neat thing to see. This picture, for me, also represents all the little things I get to see that I otherwise might have missed if it weren’t for running. 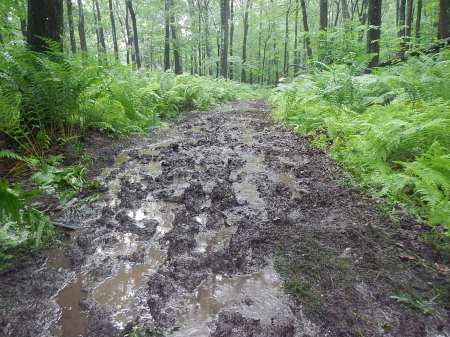 I couldn’t let June pass by without mentioning Ragnar Trail Appalachians with Debbie. It was an epic weekend, despite the rain, storms, and extreme mud. It would have been a lot more fun without the awful trail conditions, and I wish the weather hadn’t affected my experience so much. But, I am excited to give it another go in Richmond in April!

This one breaks my heart a little bit. It’s Hank (on the blue sleeping bag) recovering from emergency surgery for bloat. He spent nearly a week on that sleeping bag after coming home from the animal hospital, and it took him months to fully recover. It was traumatic for all of us, including Scout (laying on the floor) who was so upset that Hank was gone. Once he came home she would not let him out of her sight. Best buds.

Our annual camping trip at the beach. Ten days of bliss. Need I say more? 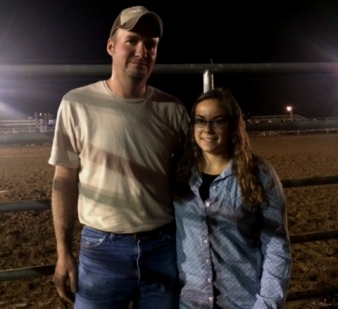 Barry and I try and get up for a camping trip to attend the rodeo, which goes on from May through September, each year. This past year we were able to sneak it in on their last one for the season. Bonus to this trip: it’s where my best friend lives (the rodeo is held at the farm where she rides) so I get to hang out with her, too!

September was also when I ran the Hokie Half Marathon with my little (but taller) sister. It was her first half marathon and I had a blast getting to be alongside her every step of the way. I was so proud of her when she crossed that finish line! 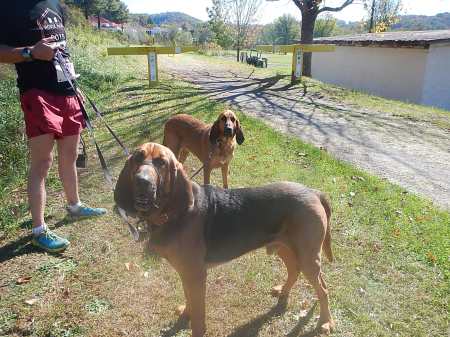 In October Barry and I ran the New River Trail 25K. The race itself was fun, but the highlight for me was finishing and finding Hank and Scout at the finish line. Our campground was walking distance from the start/finish of the race, and Barry went over and got them after finishing his race. It was such a neat surprise!

We didn’t go to too many football games this year (maybe just two or three), but Barry and I had the honor of being in Lane Stadium as our Hokies took on UNC for Coach Beamer’s final home game after 29 seasons. Yea, he’s been the coach at Virginia Tech longer than I’ve been alive. I purchased Debbie’s tickets from her, before Beamer’s official retirement announcement had been made. I hope we did their seats proud!

*honorable mention for November (I’m cheating, I have two)

Another shot of Lane from Deb’s seats, because it’s home. 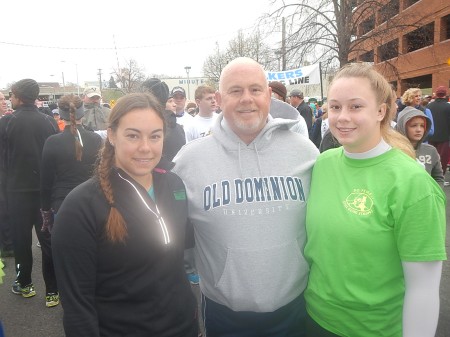 My dad and little sister came down to our house for Thanksgiving, as has been our tradition for several years. For the second year in a row, we walked the Drumstick Dash 5K together on Thanksgiving morning. It’s a great way to start the day.

December (kudos to you if you made it this far) 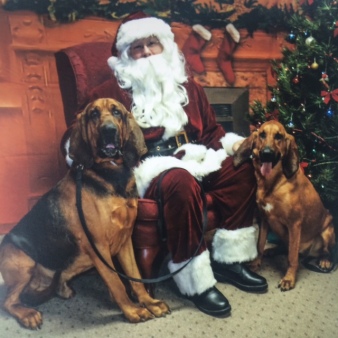 I love my dogs and already post too many pictures of them, so what’s one more? We try and take them to see Santa every year. The event benefits our local humane society, and we always make an additional donation on top of the photo fee.

*honorable mention for December (ha – you just thought it was over)

The lights on the chicken coop, because they make me laugh. We have stopped turning on the rest of our Christmas decorations, but I have neglected to turn off the timer in the coop. I still like seeing them come on each night!

Holiday things. 🎄🌟❄️
‘Tis the season. #trailrunning
The babies are getting bigger! Starting to look like actual hens. They’re about 8-9 weeks old now.
As sung to the tune of the “Tootsee Roll” song. Happy Thanksgiving!! 🦃✌️
The ornaments on the trail make me happy. And so does Pandapas. 😊#trailrunning
It was a great day to see the Hokies play!