This past weekend, my little sister and I went hiking on the Appalachian Trail while she was down visiting. I had been wanting to check out the hike from Pearisburg up to Angel’s Rest for awhile, and Memorial Day weekend seemed like the perfect time to do it. Plus we had gorgeous weather on Saturday – great for outdoor activities! 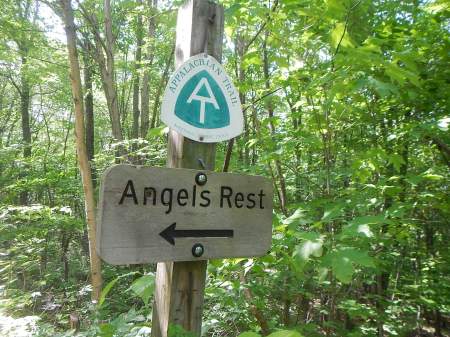 We arrived in Pearisburg a little after Noon, after taking it easy in the morning. I love driving through Pearisburg, because it’s such a cute small town. They had it all decorated for Memorial Day!

The parking area closest to the Angels Rest access point on the Appalachian Trail is very limited. I was a bit worried about this, but it didn’t end up being an issue as I was able to parallel park my car in a small spot between another car and a mud pit. 🙂 Then we were off on the trail! 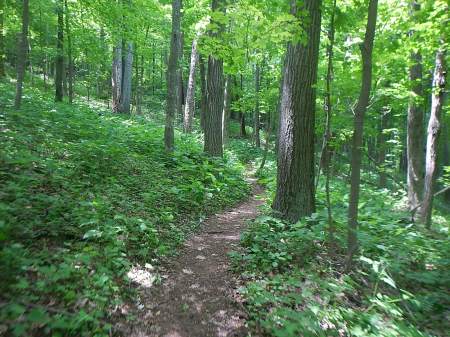 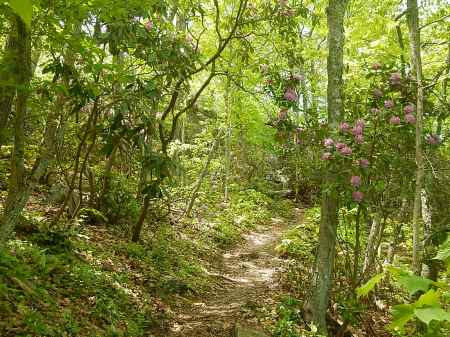 The hike up to Angels Rest is a strenuous one, climbing about 1700 feet in two miles. The first half mile and last half mile were the steepest. We crossed under what I think was a power line early on. We made sure not to touch it! 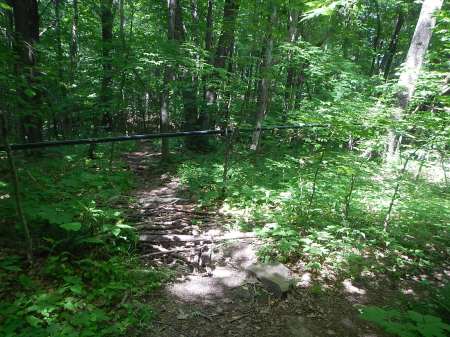 After that, the trail was largely made up of switchbacks that were a bit more mild until we got to the final steep ascent. I couldn’t get over how green everything was!

As we made our way up the mountain, we passed by a ravine with spring water flowing through it. We also passed by several rockslide areas. 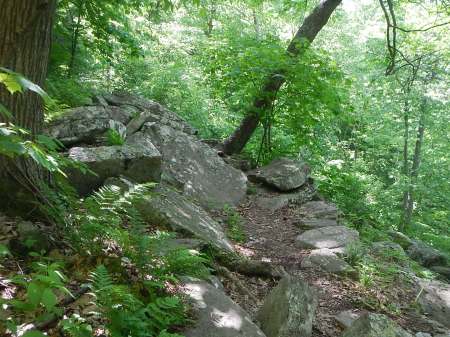 The final half mile had my calves burning and my heart pounding, but it was so worth it when we made it to the top. Angels Rest has an amazing overlook on the ridge of Pearis Mountain, with views to the northwest. 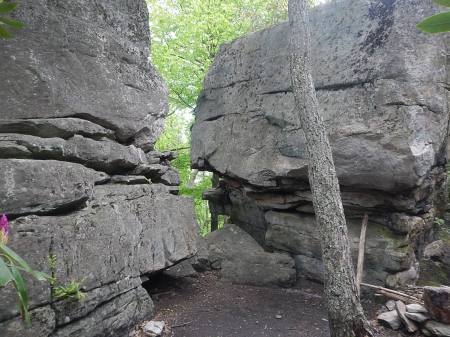 It was a bit crowded when we first got to the rock, but it was fun to talk to everyone. All were section/day hikers except for one guy who was thru hiking from Georgia to Maine. His trail name was ‘boomerang’ because he was from Maine, had flown down to Georgia to hike the AT, and was “boomeranging” back home. Love it! After a few minutes, everyone else moved on and we got to enjoy the view on our own for a bit. 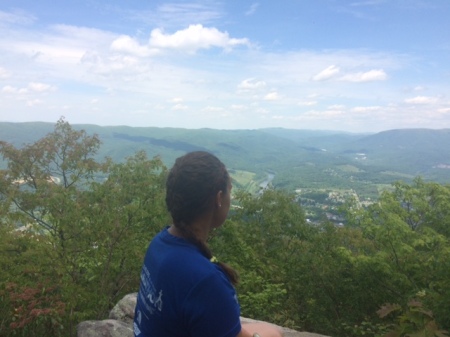 From Angels Rest, we continued on the Appalachian Trail along the ridge of Pearis Mountain towards the Wilburn Valley overlook. It was about another 0.6 miles to this overlook. 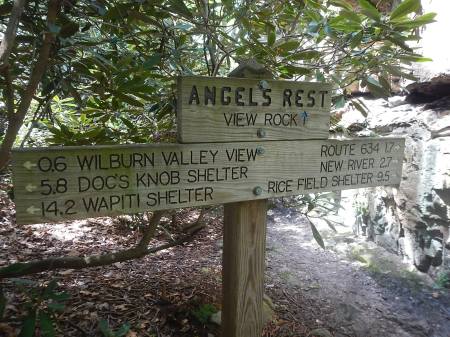 We walked by lots of Rhododendron and Mountain Laurel in bloom. I think there was also honeysuckle, although I’d never seen it that bright orange color like that before. 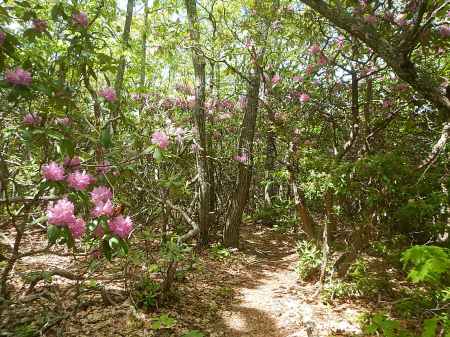 The hike from Angels Rest to Wilburn Valley was mostly flat, as we were just hiking along the ridgeline. Once we made it there, we enjoyed a wonderful view of the valley below and had a water/snack break. 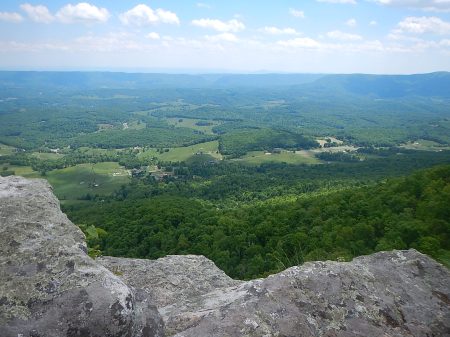 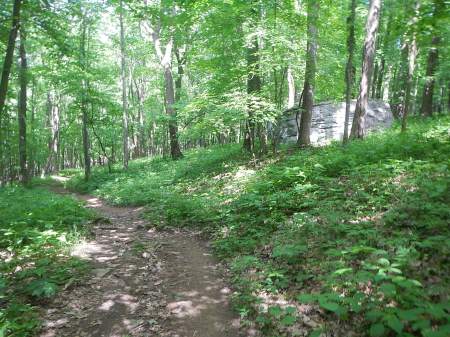 We were pretty worn out by the end, but it was a great day of hiking. I’m really glad we decided to take advantage of the nice weather and go do that. We saw plenty of people on the trail, but it never felt too crowded.

The steep sections of the hike we great training for this weekend’s Conquer the Cove 25K trail race. It’s got a few steep sections that I had to hike last year and I know I’ll be hiking this year. Glad I got in some hiking practice!

Funny story: We stopped by Walmart in town before heading home. Lo and behold, we ran into Boomerang. He had picked up a resupply package that was waiting for him there, and was waiting for his ride back to the trail (he had already contacted them via phone). As we headed back to my car, an older couple that live in town showed up to pick him up and drive him back to the trail. That’s the AT way, and most of the towns that the trail crosses through are like this. 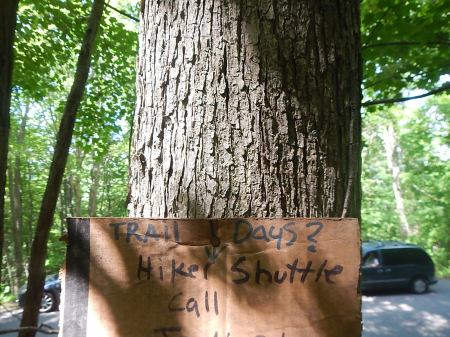 If you were hiking the AT, what would your trail name be?
Do you ever go on day hikes? How about overnight backpacking trips?

P.S. On Wednesday I came across an article that Scott Jurek is currently attempting to break the Appalachian Trail thru-hike speed record! He started on Memorial Day. I’m hoping there will be updates on his progress so that we might be able to see him when he comes through our area! Click HERE to see the article. The current record is 46 days, 11 hours, and 20 minutes to cover the 2,168 mile trail. Scott’s goal is 42 days, which is an average of  roughly 51 miles per day.

9 thoughts on “Hiking on the Appalachian Trail”