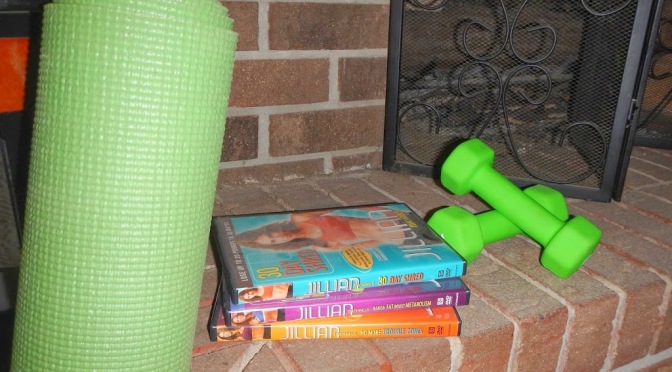 This week started off with some shin pain, particularly in my left shin. As a result, I focused on cross training. That worked out since we were once again experiencing sub-zero temperatures, snow, and high winds. It was kind of the week of Jillian, as I have been digging Jillian Michaels DVD’s as my main source of cross training lately. This picture pretty much sums up the week: 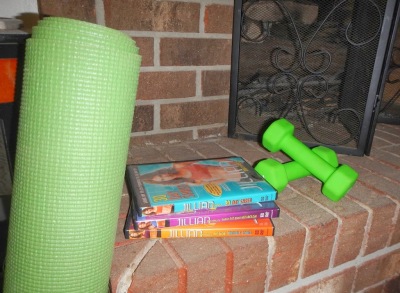 Friday- 3 mile run on the treadmill. It was actually pretty mild outside and it would have been relatively pleasant to run outside. But with my shin giving me trouble earlier this week, I thought it would be better to stick to the extra cushioning of the treadmill.

Immediately following my run, I decided to finish out the trifecta and did a 30 day shred level 3 workout. Sometimes I feel like Jillian is going to come out of the TV if I slack on my workout. If you have ever done a Jillian DVD workout, did you feel like that, too?

Saturday- 4 mile run with Kim at the Dora Trail. I had considered running some more after Kim and I finished, as much as 7 miles for a total of 11 miles for the day. But with my shin being temperamental earlier this week I thought it best to stick with the 4 miles. It ended up being a good choice, because my shin was a bit twingy when I got home. 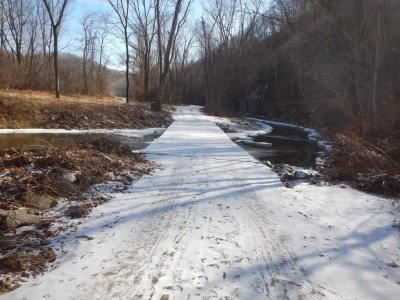 Sunday- No More Trouble Zones Jillian workout. My muscles were definitely feeling all of my cross training from this past week, particularly my shoulders and abs.

By the way, isn’t it funny how there is an influx of diet commercials (Weight Watchers, Nutrisystem, Jenny Craig, etc.) at the beginning of the new year, but they are slowly replaced by pizza and beer commercials as the Super Bowl arrives? Just sayin’.

Total Miles: 7 miles (but I also did a little over 3 hours of cross training)
January Total: 61.22 miles; Not exactly how I wanted to start out my year, but hopefully I can gradually build up to maintain at least 100 miles per month.