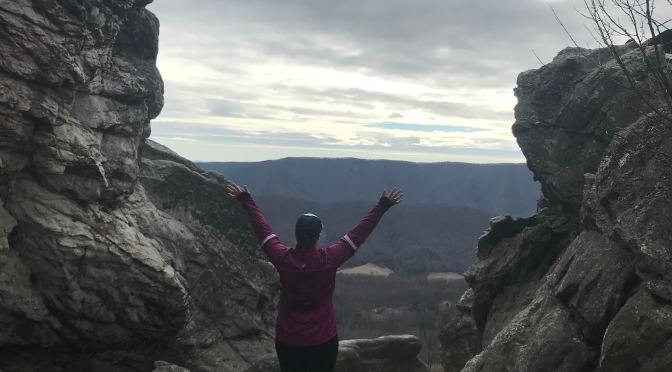 So. It’s been awhile. Two years and thirteen days, to be exact. My last post was about taking a summer break and if you ask me I basically just lived the childhood dream of a never ending summer vacation. But I’ve slowly been making my way back here.

A lot has happened since the last time I posted. Some good, some awesome, and some not so good.

Barry ran his first ultra at the Mountain Masochist 50 Miler in November 2016. You read that right. His first ultra was a 50 miler, and it had the words mountain and masochist in the name. He kicked butt and I had a great time crewing him, along with his parents. 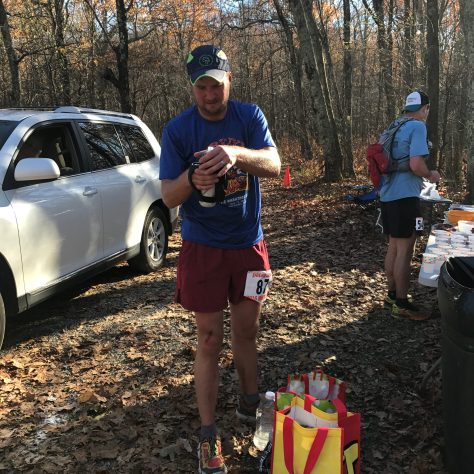 I was fortunate enough to travel to Richmond in both November 2016 and November 2017 for with my running buddy, Kim, for the annual Megs Miles reunion. I ran the 8K in 2016 and was on the sidelines in 2017 (more on that in a minute).

We went on a couple of annual beach vacations, and saw Collective Soul in concert (they brought the house down!). I got bangs and taught myself how to play guitar. We celebrated a couple of wedding anniversaries, the usual holidays, and a few birthdays. Barry and I have been married for eight years now. Our oldest dog, Hank, is 8 years old and Scout is about to turn 6. I cracked 30 this year and Barry will soon celebrate his birthday in mid-September. 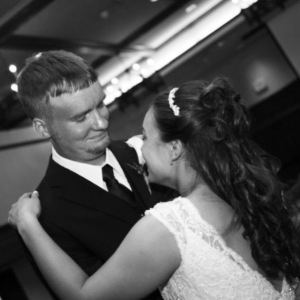 I realize this is first and foremost a running blog, so lets change course and talk about running. I talked about the fun stuff first, because this part isn’t as fun. Things were pretty rocky from October 2016 through April 2018. I dealt with a number of running injuries that were progressively more serious – from nagging plantar fasciitis, to peroneal tendonitis and a partial tendon tear, to a tibial stress fracture. The second two each put me in a walking boot for weeks.

I managed a few trail races in the spring of 2017 until the plantar fasciitis got completely out of control. Only then did I stop ignoring it and actually sought help for it. However, it still took until this year for me to figure out how to keep it under control.

My last hurrah was the Ragnar Trail Relay in South Carolina in October 2017. I know I said I was in Ragnar retirement after the last one. but I couldn’t pass up an opportunity for a fun weekend with my Roanoke trail running turtle buddies on some new-to-me trails. It was par for the course as far as a Ragnar goes – there was rain and mud, highs and lows, and we all left sufficiently sleep deprived and ready for a hot shower and bed. But I promise, Ragnar trail weekends are an awesome experience. 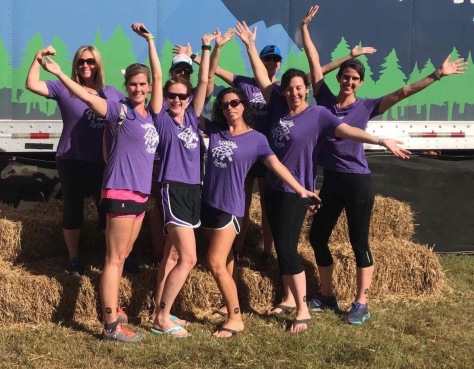 So after that is when the tendonitis and tendon tear mess started. It took months away from running and some physical therapy to get things sorted out. I dealt with it pretty well – and even went to Richmond during that time to cheer on Kim as she ran her first full marathon!

I finally started easing back into running and hiking in early 2018. I was so ready to put 2017 behind me and crush 2018. However, I was overzealous and a little too good at denial (aka ignoring pain in my leg) as I made my comeback. 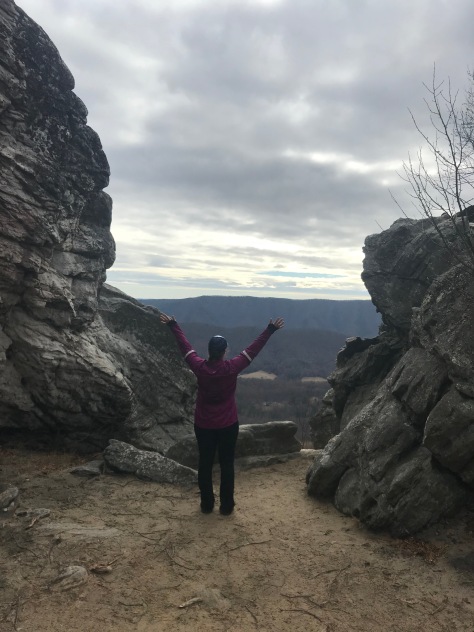 By the end of February, I had run myself in to a stress fracture. No one to blame but myself on that one, but I have to tell you I was devastated. I had completely let my guard down and this one really crushed me. I had a pretty hard time for a few months. But I did come out the other side stronger and smarter, as so many told me I would (though I didn’t believe them at the time). I spent some of my time volunteering at races, did my fair share of moping, and threw myself into the cross training. 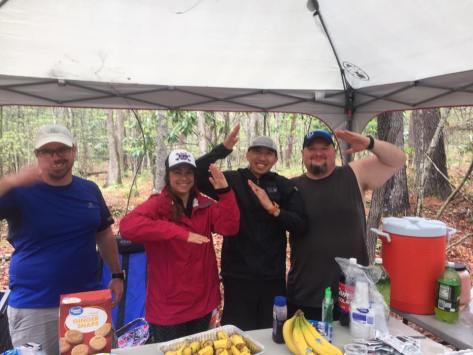 Finally on May 1, I started easing back into running.

Since then I have been taking it fairly slow and have been cautious in my build up. I do not want to deal with any more injuries! I just want to run, dang it. I have actually run three races since I’ve been back, but I’ll tell you about those in a few upcoming posts. For now, I think I have written quite enough. If you made it this far, my hat is off to you.