What is it about the word marathon? The word itself seems to have a certain intimidating quality about it. 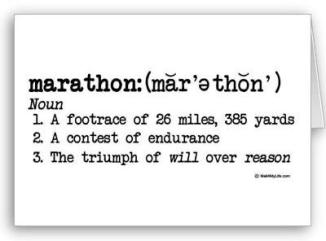 It sounds so hard to me. The big, bad marathon. The holy grail of road racing. The word everyone associates with running races (even when they make the mistake of asking you “how long is this marathon?”). 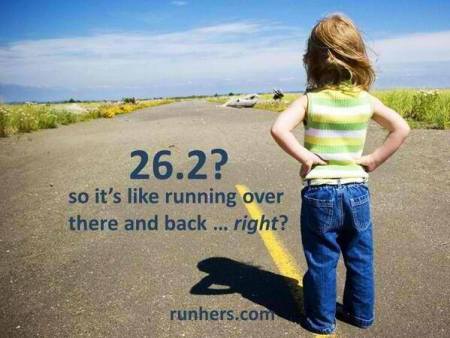 Want to know something crazy? When I had the flu and missed my second peak week during 50K training, I considered dropping down to a shorter distance. That’s not the crazy part, that’s actually probably the smart, logical part. I figured if I couldn’t train properly I probably needed to run something shorter and find another 50K later on. Here’s the crazy: The next option down at North Face was the marathon. For some reason, that sounded less appealing to me than the trail 50K. So I stuck with the ultra. Which leads me to another realization… I don’t feel like the word ‘ultramarathon’ holds the same stigma as ‘marathon.’ But that’s probably another post for another time.

What do you think about the word marathon?

7 thoughts on “The Marathon Stigma”

The tiniest blocks I’ve ever built with. 😳
So @abbywambach and I watch soccer the same way. 😂 Always gotta have the hood up in a pressure situation. (Abby photos screenshot from @glennondoyle Twitter) 💜⚽️🇺🇸 #uswnt #tokyo2020 #LFG
Meet Elvis, our new Simmental bull.
Eleven years ago, Hank joined the family. 💜🥰 #bloodhoundsofinstagram
Visiting some old stomping grounds this evening.
Celebrating the bride to be, @wray_ofsunshine, this weekend!