Happy April Fool’s Day (and watch out for those pranksters)!

I normally do my weekly recaps on Mondays, but moved this one to Friday since my race recap was more interesting than this will be. 🙂 Last week was about recovering and getting back into the swing of things after having the flu the week prior. It’s been a bit rough going. My legs feel great, and for the most part my body does too, but oh my lungs. It’s just going to take some more time for them to get back to normal. In the meantime I’ve been using my inhaler again, and that’s helping some at least.

Wednesday 3/23- 3 mile run by the river. It was nice, but it was very hot and I swallowed my first bug of the year. Yuck. My run was primarily on a paved trail, but I did find some dirt to play in along the way. 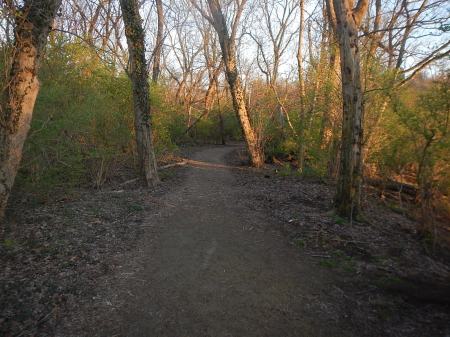 During this run I felt like I was trying to breathe underwater (doesn’t make sense, but it’s the best way I can explain it). At the same time my mouth and throat felt super dry.

Friday 3/25- 3 mile run with Kim. We met up in the morning for a nice jaunt (she had both of her kiddos with her). The weather was great – low 50’s and cloudy. I was still having some issues with the whole breathing thing, but my legs felt good.

I also wore my new trail shoes for this run to test them out. After my recent shoe debacle I continued to scour the internet, particularly eBay, in case a pair of my beloved Stinson ATR’s (which have been replaced by a new model) popped up. As luck would have it, a pair showed up on eBay in my size. The previous owner wore them one just one run and they’re as close to brand new as you can get. They felt great and I’m so glad I’ll be able to wear them for the 50K!

Saturday 3/26- Montvale 10 Mile trail race. I had a great day out on the trails, although my lungs are definitely still recovering from the flu.

On the plus side the rest of me felt pretty good the whole way and I hope to be fully recovered before my first ultra in two weeks.

I also went on and wore my new shoes for this race. Although they are new, they’re not a new model for me, and everything felt fine with them. I’m so glad I was able to find another pair of the Stinson ATR’s to wear for my 50K!

Sunday 3/27- 3 mile hike with Barry over on the local mountain bike trails. I hadn’t been on these trails for awhile because I don’t like to use them by myself. So it was nice to be out there and it was a good day for a hike. My legs weren’t too sore from the race, either. 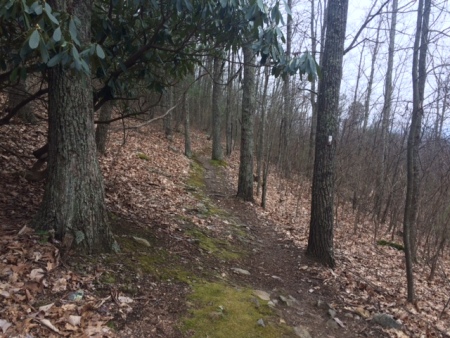 The view from the overlook isn’t too shabby, either. 😉

Total Miles: 19 miles (including the hike, which I’m counting)

Anyone else swallow any bugs yet this year??
What was the last lucky thing that happened to you?