This past week was week number 6 of base training. It also happened to be my final week of base training before I officially start training for 2016 races. I’m linking up with the Weekly Wrap linkup today, which is hosted by HoHo Runs and MissSippiPiddlin’. 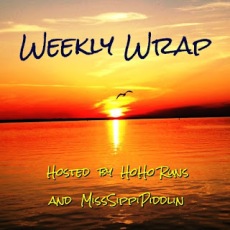 Monday – 4.5 mile easy run on the treadmill in the morning.

Tuesday – Strength training. Ten minutes of abs and my usual squat and lunge circuit. I also spent several hours getting my final batches of Christmas cookies done. That counts, too, because I was worn out by the end and my arms and upper back were sore. It’s hard work icing those cookies! 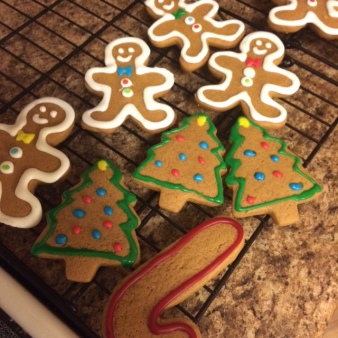 Wednesday – 14 mile long run. I switched my long run to Wednesday to make sure I was able to get it in before traveling to my dad’s house for Christmas. I decided to do this one on the treadmill. In addition to not being crazy about doing long solo trail runs right now, I had another reason for hitting up ‘Sven’. I don’t like going out on long trail runs on my own at unusual times – like a random Wednesday morning. When it comes to long solo runs, I just feel better on days when more people are out and about (i.e. weekends). So I did this run on the treadmill while watching Christmas movies 🙂

Thursday – Rest day. We had a big family gathering for Christmas Eve.

Saturday – 5 mile trail run at Burke Lake with Barry. It was rainy, foggy, and very humid! 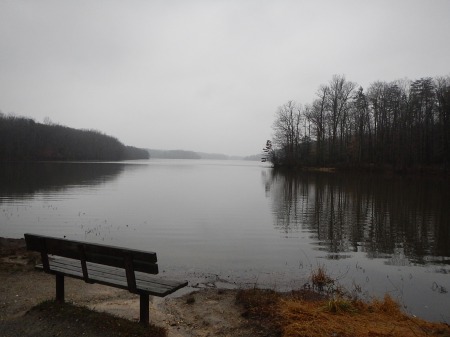 A little after the first mile, Barry and I got passed by this guy that proceeded to run a bit in front of us but seemed to be running the same pace. I joked to Barry that maybe we were in a race that we didn’t know about.

Around mile 3 Barry branched off to use the restroom and I didn’t see him again until the end of my run. I continued to gain on that guy that had passed us earlier, until finally catching up with him. But when I went to pass him, he blocked me and sped up. Okay, I guess we are racing. Bring it on 😉

I knew I had a little less than two miles to go, so I just kind of settled into a pace behind the guy again. I started to reel him in, but not enough for him to notice. After hitting mile 4 I noticed we were running at a faster pace. The guy kept looking at his feet, shaking his head a bit, and then picking it up a bit more. I normally run between 11 and 13 minutes per mile on trails, depending on the trail. Up to this point I was averaging right around 10:30 to 10:40 as an easy run (it’s a flat trail). But I couldn’t pass up the opportunity for a race!

My final mile was a 9:40, and I edged the guy out right before I hit 5 miles. I win 🙂 The best way to win a race is when the other person doesn’t know you’re racing. But the second best way is when your competitor doesn’t know where the finish line is!

Sunday – Rest. I had planned to do an easy run in the morning but ended up skipping it. I was worn out from three full days of family time and festivities and my right calf was sore from Saturday’s impromptu trail race. Oops! It feels better this morning, though.

I feel like I dropped the ball a bit on my final base training week, but it was the week of Christmas after all. I missed one easy run and one cross training session. This coming week will kick off week 1 of training. What for? You’ll have to come back on Friday for that! I’ve got some exciting news 🙂

Have you ever been involved in an impromptu race? Do you ever “race” others without them knowing it’s a race?
Who else had hot and humid weather this past week?