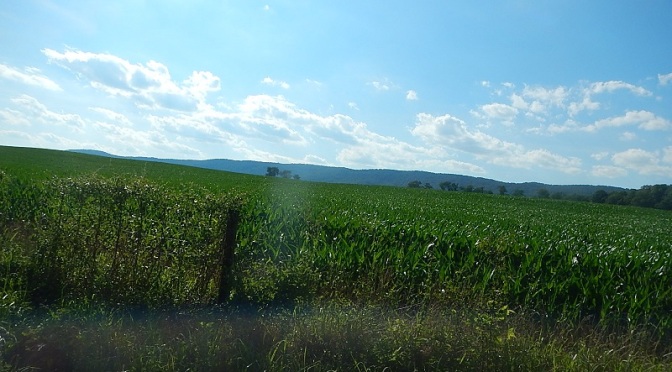 Week three in the books. Here’s the break down:

Tuesday- 4 mile run with Sven. It was one of those days where I got home from work and didn’t feel like being around other people (besides Barry). Those types of days include not wanting to be around cars on the road. So to the treadmill I went. Does anyone else ever have those days?

Thursday- 4 mile run on the roads around our house. I ran the same out and back run that I did last Sunday, but my legs felt a lot better this time. I managed to make it up the first half of Black Hollow hill  this time (it levels out 3/4th’s of the way up then goes up again). I’m getting closer to making it all the way up! Instead of a picture of the roads, here’s one of one of the many corn fields that I ran by:

Friday- 4 mile run on the roads around our house. I had a half day at work, and headed out for my run right around noon. It was 80 degrees outside, and that probably wasn’t the best idea. I ran a rolling hill route that I hadn’t run in awhile and I struggled a bit, but pushed through. 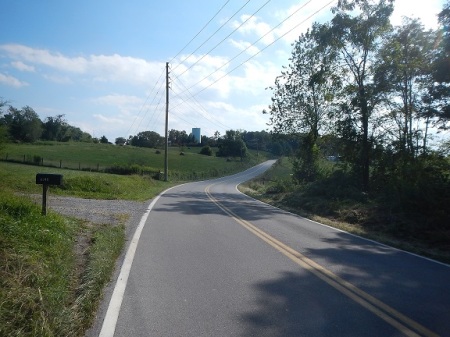 During my run I ran past a house that had the front windows open. From inside, I heard a little girl tell a woman “Look! She’s running on the road.” The woman replied “Yes, she’s exercising.” Then the little girl asked “Why?” Unfortunately, I had passed the house at that point and didn’t get to hear what the lady’s response was.

Saturday- 5 mile run on some new-to-me trails in the Jefferson National Forest to celebrate my 26th birthday! Luckily I didn’t get eaten by a bear. That totally would have sucked, it being my birthday and all.

Sunday- 8 mile long run on the Dora and New River Trails. My legs were feeling pretty fatigued going into this run, but I ended up having a good long run. 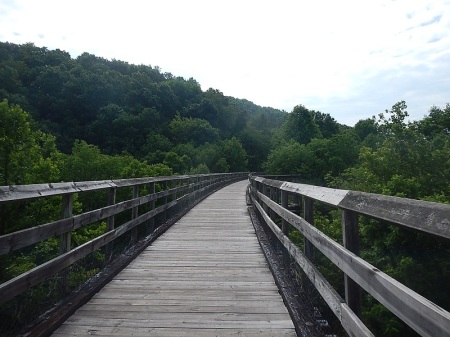 I felt strong and capable, despite the muggy humidity and the heat that crept in towards the end of my run. There were lots of people out on the trail too (no other runners, but plenty of walkers and bikers), which makes it more enjoyable, especially since I was running solo. 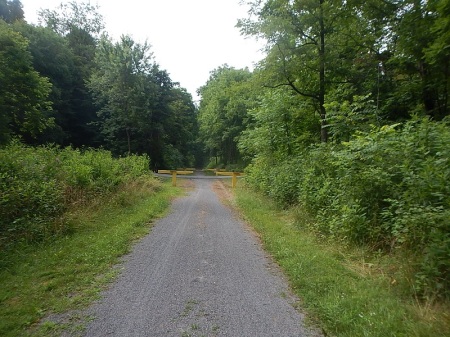