My weekly workout round up is coming tomorrow, because I have something more important for today.

Today Hank turns 4 years old! I cannot believe we have had him that long. We got him on July 4, 2010 when he was just a 7 week old puppy. He was 19 pounds, which is actually kind of big in general for a puppy, but was tiny compared to the 125 pounds of dog he is today. (Barry had no idea how big he was going to get, but I knew 🙂 )

Hank had a big third year. He went camping approximately seven times, where he did basically the same thing each time.

He also got skunked…. twice. 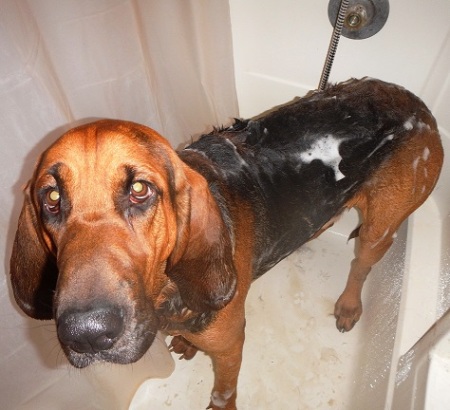 Hank experienced his first loss, when we had to say goodbye to Toby. Toby was Hank’s first buddy. 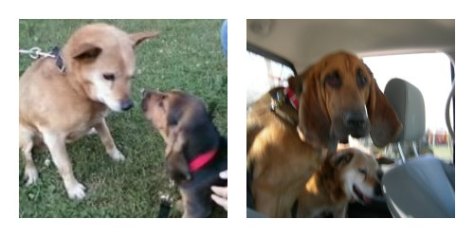 He helped raise chicks, keeping a close eye on them in their brooding box in the garage and helping to build their coop. 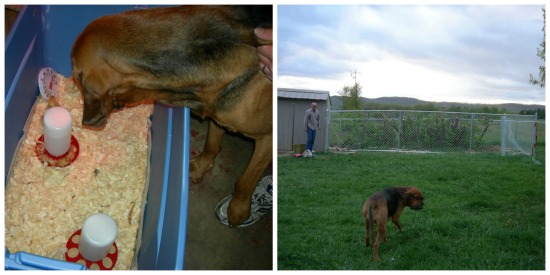 Once they moved outside, he plotted how to get up close and personal with them again. He finally got into the chicken coop. Luckily no chickens were harmed. 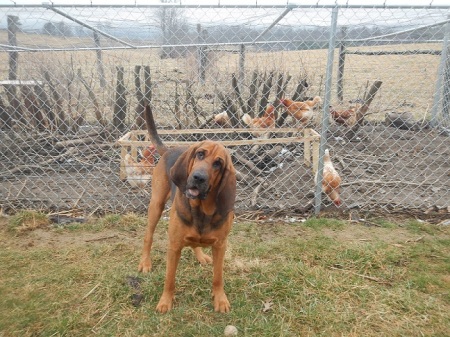 Hank found a buddy (Nana) to hang out with on the couch at Thanksgiving.

He also demonstrated his ability to scratch his chin like a cow. He’s pretty sure he actually is a cow and not a dog. 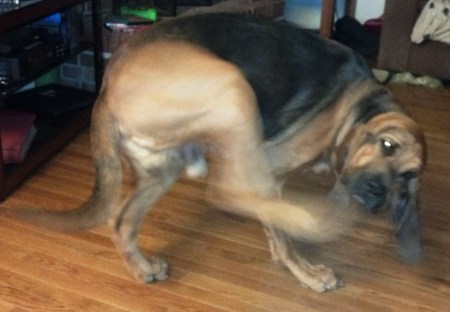 Hank encouraged me while I did sit up’s and other various ab/core moves by standing over me and breathing heavily. When he wasn’t enthusiastically standing over me, he was sleeping because apparently watching someone else work out is really tough. 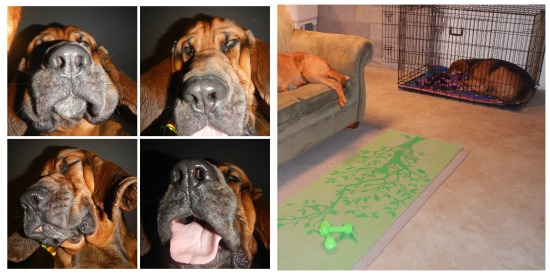 Hank played in the snow numerous times. Our first snow was mid-October 2013 and the last snow of this winter was mid-April 2014.

He visited Santa Clause for the third time. 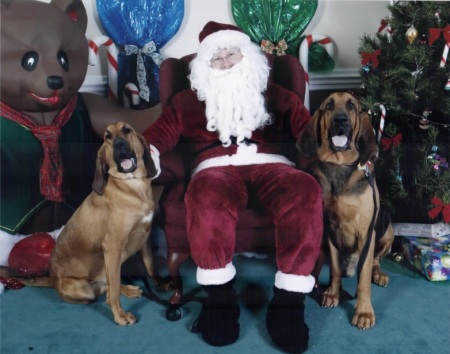 He attempted to reassert himself as the dominant dog in the house, but Scout held on to that role. 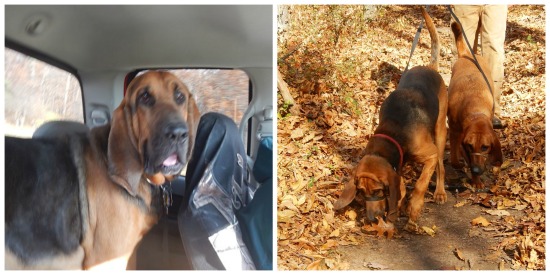 He committed murder of a duck, but luckily they don’t put dogs in jail for killing innocent stuffed dog toys.

He cheered on the Hokies, even though we had a rough football season.

He took a vacation at Myrtle Beach and played in the ocean. 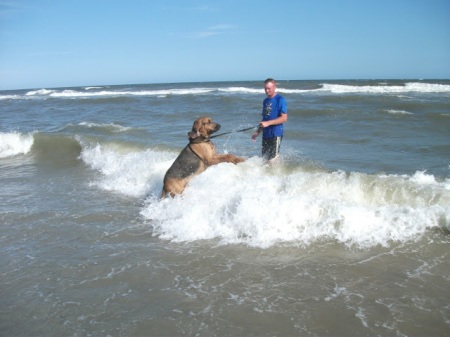 He also played in a flood, when excessive amounts of rain created a river through our backyard.

Finally, he attempted to set a world record for most naps in a calendar year. Unfortunately, he fell a bit short. But he plans to make another attempt at the record this year.

After all the things he did during year 3, I cannot wait to see what he gets into this year. I’m hoping for some more camping trips, another family beach vacation, and hopefully no more skunks!

If you have pets, do you have a ridiculous number of pictures of them?
I realized I did when I put this post together.