This past Saturday I ran the Marine Corps 17.75K, which is 11.03 miles. Why the odd distance? Because the Marine Corps was founded in 1775. This is the race that sold out in 9 minutes back in February, and that gives finishers guaranteed entry into the 2014 Marine Corps Marathon.

I arrived at the race with my dad and his friend about an hour before the start. I was surprised traffic wasn’t too bad, and we had an easy time parking and walking over to the start area. The first thing I did was head over to the porta potty lines, which weren’t too bad but were growing steadily.

I made it through the line and then was able to meet up with Logan! I also got to meet Alex and Sophie. After another round through the porta potties, we headed over to the start.

This was probably one of the most casual race starts I’ve ever been apart of. As we reached the crowd at the start line, we heard a faint whistle and the crowd surged forward. Just like that we were off. The first 1.5 miles or so (and last 1.5 miles) were on a gravel road, and the middle miles did a loop through the park on a paved road.

Logan and I ran together for the first 6 miles. I had a great time chatting with her and getting to know her more. It’s crazy how the conversation just flows when you’re running with someone. Unfortunately, there was a big, mean hill at mile 5 that did my legs in. I kept going for another mile, but eventually gave in to a walk break just after mile six. That’s when Logan and I parted ways (which I was totally cool with, I didn’t want to hold her back!).

The race was really hilly, especially from miles 5-7 and during the last mile. I had heard as much, but of course it was harder than I expected. My pace slowed significantly during the second half of the race, but I had a strong final mile. For once I think my Garmin has a pretty accurate representation of the course elevation.

There weren’t a lot of spectators along the course, but the ones who were out there were very enthusiastic. There were Marines along the course directing us and cheering us on as well. They also had motivational signs along the course. But this being a Marine Corps race, they weren’t your typical motivational phrases! I got pictures of a couple of them, but I was on the wrong side of the course for most. Some others that I didn’t get pictures of were “Let’s go, twinkle toes!”, “My grandma can run faster than that!”, and “I’ve seen pond water move faster!”

It was a pretty nice day for a race, if not a bit on the warm side. But I’m not complaining after the never-ending winter we’ve had! It did get pretty buggy at times in the park, though, which I did not enjoy. But the park makes up for it by having a ‘Turkey Run’ sign!

The last 1.5 miles were on the same road we ran down at the start of the race. I should have paid more attention, so I would be prepared for the hills. There were some tough ones. Most people were walking, but it was neat to see everyone cheer on the few souls still running up the hills.

Finally we climbed the last hill (I didn’t walk!), and we had a sweet downhill and then a flat straightaway to the finish line. My official finish time was 2:05:09, about a minute per mile slower than my pace at the Asheville Half Marathon. But this race was hillier.

After I crossed the finish line, I made my way through the finish area and collected a bottle of water and a snack box. The snack boxes were leftover from the 2013 Marine Corps Marathon, ha! I also received a finisher’s coin.

I met back up with my dad and his friend, and we headed over to collect the thing behind my entire reason for running this race. My access granted pass!

We didn’t stick around too long after that. Traffic was really bad headed towards 95, but luckily my dad knew another way home. Don’t you love it when you can leave the race logistics up to someone else?? Later that evening I plugged in my access granted code and officially registered for the Marine Corps Marathon this October.

I’m really excited for this race already, and am actually looking forward to starting training this summer. Marathon #2, here I come!

Who else raced this past weekend?

Have you ever run a race with an unusual distance?

Don’t forget to enter to win a free entry into any Spartan Race in the continental U.S.! The giveaway will close this Thursday, April 17 at 11:59 PM EST. 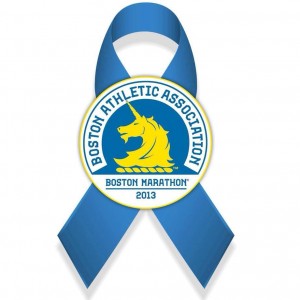