There have been many negative consequences of the snow and frigid temperatures we have had lately: having to revert to indoor workouts, and 10,000 kids being trapped in their schools and 16 hour commutes in Atlanta just to name a few. However, there have also been some positives.

For one, there’s this view of the Drillfield from the Burruss Hall webcam at Virginia Tech, which was captured on Tuesday night: 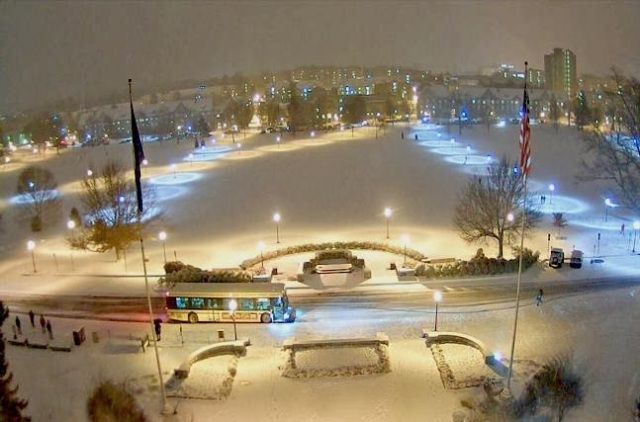 Man I love that place.

The extremely cold temperatures we have experienced since the start of the new year have also led to the New River freezing in a few spots. I had to stop on Wednesday afternoon and get a picture as I was driving across a bridge.

Then there’s the funny behavior of our chickens in this cold weather. Turns out they’re not big fans of the snow and seldom come out of their coop when there is snow on the ground. 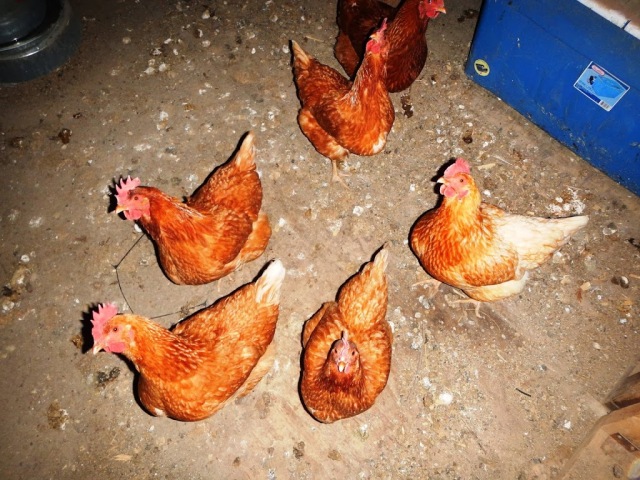 One morning this week, when it was below 0 outside with the windchill, Barry saw one chicken poke her head out and then go back inside. I joked that each morning they take a vote on who has to go outside and check the weather. Then said chicken reports back to the others and they make a decision for the day. I humored them with some dried meal worms one evening, just to keep things interesting for them.

Barry and I did learn that we have to be diligent about collecting eggs each day. I forgot on Tuesday and those eggs froze and then cracked, due to the cold weather. Oops. While I was out tending to the chickens on Wednesday evening, one of them wanted a close up and I obliged.

What did I take away? That when you mix cold with more cool it gets really cold and it might also snow. And that forecasting is really guess work. Go figure. I’d like to have his job, where it’s okay to be wrong as long as you make your best guess.

If you didn’t have your current job, what would you do?
I would be a postman or a nurse.
What positives have you seen from the frigid weather (if it’s been cold)?

Days 1 and 2 of this years Harry Potter advent calendar! Olivander’s and the quidditch hoops
Friday night hikes 😊
Lego Christmas Village 2022 is complete! 🎄
Thanksgiving ✅ On to Christmas…
Bring on the upsets, the drama, the underdogs, and the histrionics. Let’s see who is the best in the world!! #fifaworldcup
Thanksgiving is always a puzzle. Luckily, I happen to like puzzles… and lists. 😊