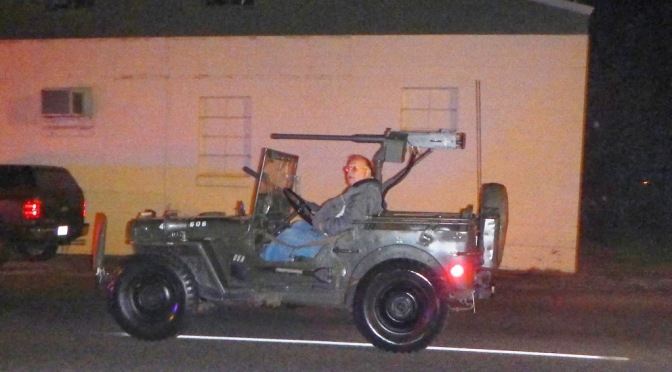 Our county had it’s annual Christmas parade on Thursday night. That was a night of mixed emotions for me, but it was fun to be at the parade and it was a good distraction. Barry and I missed the tree lighting, but arrived in time to watch the parade. I am not the best photographer, but I am downright awful when it comes to nighttime photographs. Sorry if the quality of these are cringe-worthy, any tips would be much appreciated!

The parade was led by two police and sheriff vehicles, followed by a color guard and a Kiwanis Club jeep. 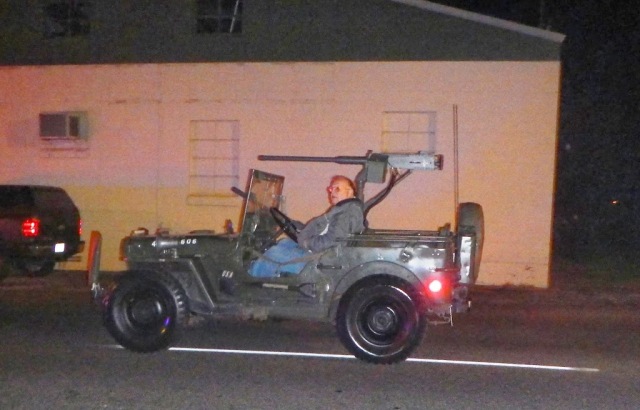 After the high school band marched by playing the theme song from “The Grinch,” the town’s Lady Rebecca trolley came by. Next week they will hold an event called Polar Express trolley tours in town. The Lady Rebecca trolley transports passengers while touring holiday light displays in and around town. 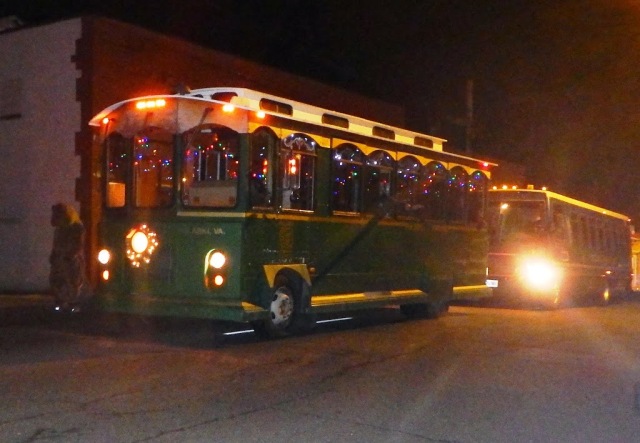 Next we were treated to some backfiring shenanigans of the Kazim Shine Hillbillies and their cars, trucks, and tractor. 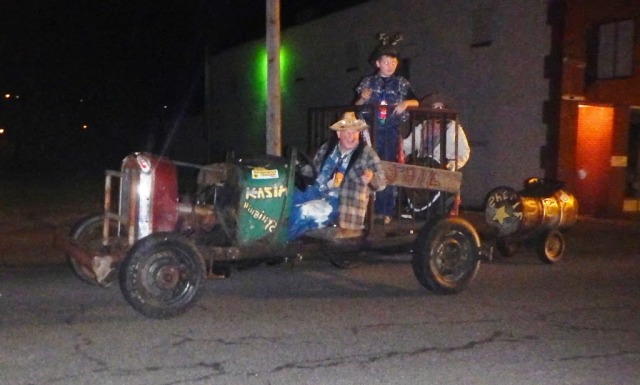 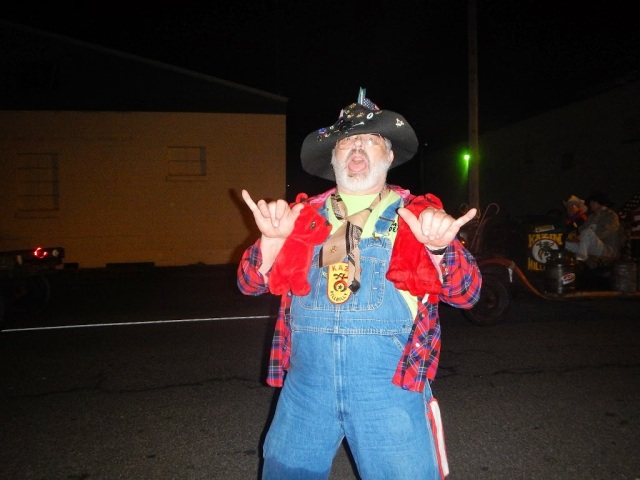 Numerous groups were handing out candy to the kids as they passed. I received a candy cane during the parade from the manager of the local Food City.

There were some floats with some really great lights, but I really struggled with taking pictures of these. Exhibit A: 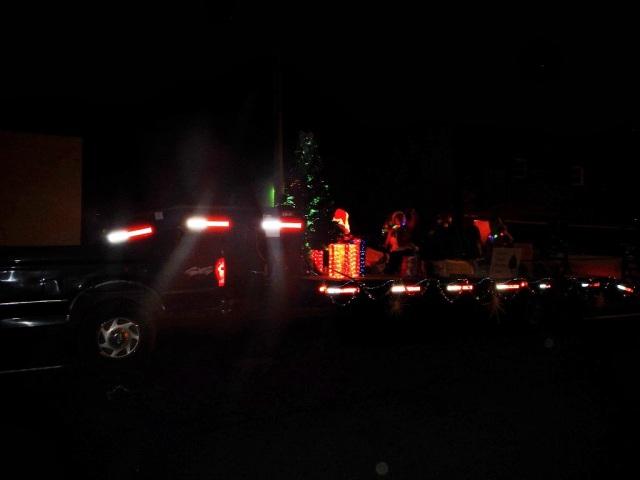 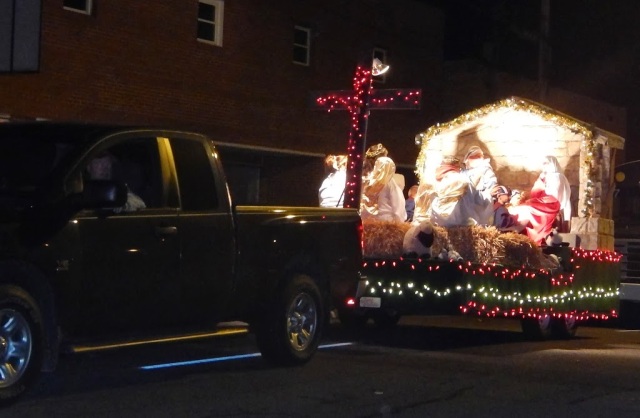 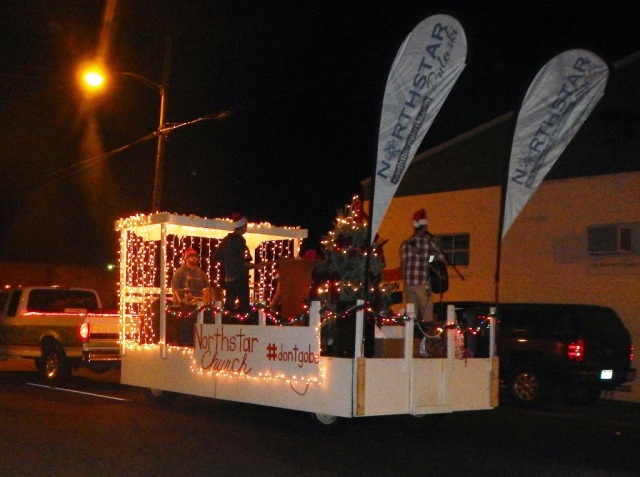 There were also a string of classic cars and a truck that I believe was from the local Army National Guard. 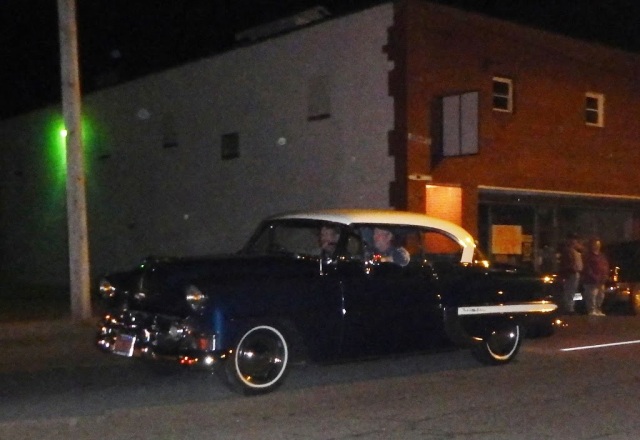 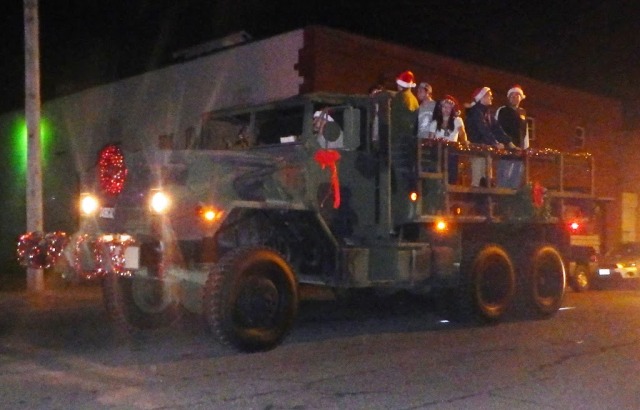 Last but not least, Santa and Mrs. Clause made their appearance on the fire truck to bring up the rear of the parade. 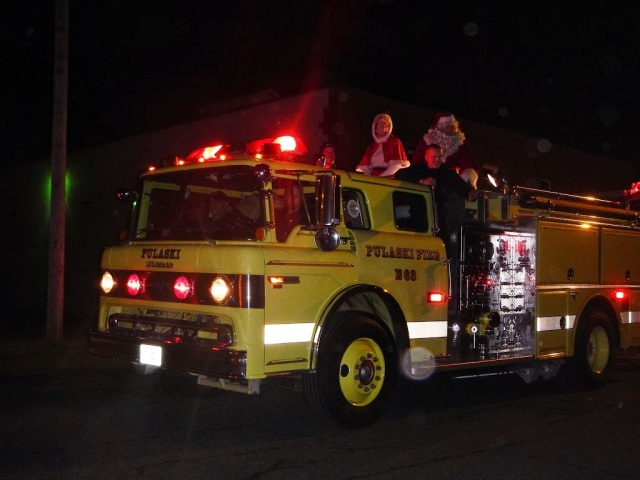 Does your town have a tree lighting and Christmas parade? Do you like to go?