As the title indicates, today I did my long run up on the Huckleberry Trail. I felt like a 13 mile long run justified the 40 minute drive to and from Christiansburg. The Huckleberry is a paved trail just shy of 6 miles that runs from Christiansburg to . It is used by walkers, runners, dog walkers, and cyclists. I used to run on this trail for almost every run when I was in school and for the first two years after I graduated. One thing I really miss about this trail is getting to see all the people out and about on a Saturday morning. It’s really enjoyable just seeing everyone and getting to say hi or good morning. 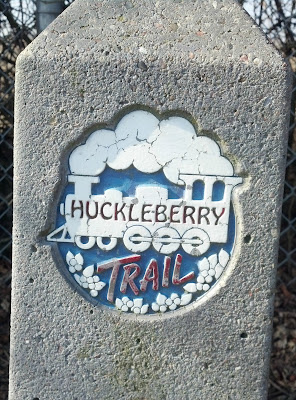 The trail I normally run on at home is the . It is a 2.5 mile trail that starts in downtown Pulaski and connects to the New River State Park Trail. The Dora trail is paved for 0.8 miles and then the rest of it, as well as the state park trail, is crushed gravel. The area is not as populated as the Blacksburg/Christiansburg area, so I usually see a lot less people. Sometimes I don’t see anyone the whole time during a long run. The state park trail also gets use from horseback riders, so we have to watch out for the horses (and their poop).

I also do most of my long runs, whether they’re on the Huckleberry or the Dora, with my running buddy Kim. We ran together on the Huckleberry Trail until Barry and I moved to Pulaski. Conveniently, Kim and her husband happen to be building a house in Pulaski, so now we do most of our long runs on the , which works out nicely. Since they’re building their house here it means we can be life long running buddies! 🙂 However, Kim is out of town this weekend. Boo. Barry came with me today, but we did our long runs separately.
Now that you understand the significance of the Huckleberry Trail, you will understand why I loved every step of my long run today. In general I had one of those really great runs that we dream of, and I think being back on my old trail and seeing so many people really gave me a boost. There’s something to be said about running on a trail that you know every curve and hill by heart. 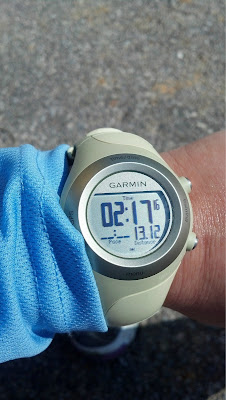 As I first started out I was a bit chilly. It was around 33 degrees at the start and I was in shorts and a long sleeve technical shirt. I also felt kind of sluggish for the first mile. But after that I started to feel better and really just enjoyed being back on the trail. 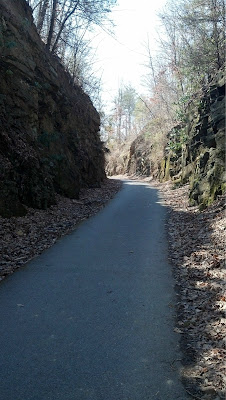 I cruised through the first half of my run and got down to the Blacksburg Library at 6.5 miles. I stopped for a quick bathroom break and to refill my water bottle at the library. I also ate two shot blocks at this point. Then I got back to it.

As I started back up the trail, I passed the memorial for a police officer who was killed on the trail. The first day of class my freshman year a prisoner being treated at the hospital escaped and they had a manhunt in the area for him. Corporal Sutphin found him on the trail, but sadly the prisoner shot and killed him. They apprehended the prisoner 8 hours later and he eventually was sentenced to death. There was a temporary memorial until this was put in place, along with a tree and another plaque. 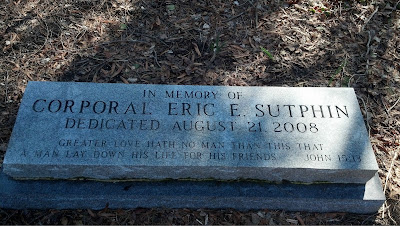 I continued to feel great through miles 7 and 8, like I was just on top of the world. But miles 8-10 were a little tougher. This is where I went back through the rolling hills that the trail has, and my legs started to feel fatigued. But that doesn’t mean I wasn’t still loving every second of being on this trail, because I was. 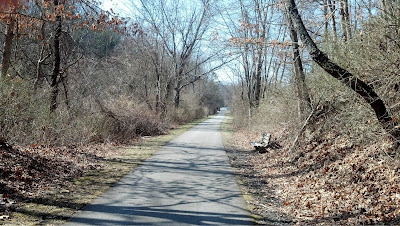 I stopped and ate two more shot blocks at mile 10 (and dropped my other 2 in the dirt, which I wasn’t happy about….) and kept plugging along. From there I just took it 1 mile at a time until I was back to my starting point at the trail head in Christiansburg. At the end it had warmed up to 46 degrees (it is beautiful outside today!!), but I was still comfortable in my shorts and long sleeve. 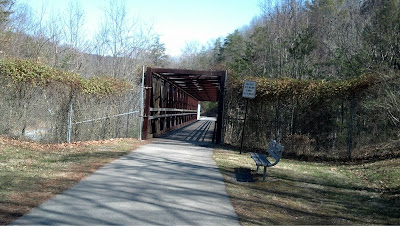 If I could have given the trail a hug at the end of my run I would have. Thanks for a great run, Huckleberry! I miss you.

Once our long runs were in the books we did two quick errands and then grabbed some Chick-fil-a for lunch. I love their chargrilled chicken sandwich. 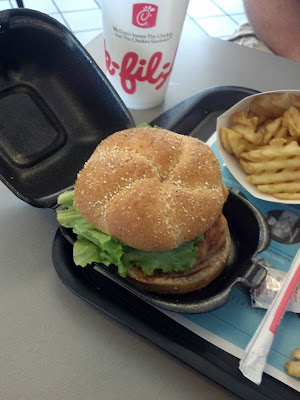 They were also handing out free samples, like they seem to do every time I’ve been there. Today was ice cream and cookies. I grabbed a vanilla ice cream sample to go. Seriously, this was the perfect size of ice cream for me and I really enjoyed it. It was a nice way to top off a great run. 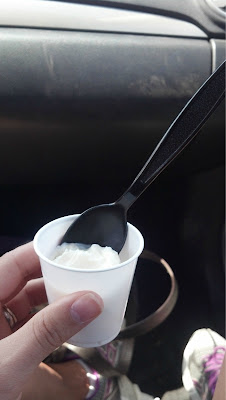 Today’s long run was a great way to cap off my peak week in training before Blue Ridge. The next two weeks I will decrease my mileage. I also have two races coming up over the next two weekends, but I do not actually plan to race either one of them. They will both be for fun!
Do you have a trail that you love?
Have you ever been to Chick-fil-a? What’s your favorite thing to get?
The Chargrilled chicken sandwich and a lemonade!
Do you ever run races just for fun or as training runs?
I used to run every race aiming for a PR, but in the past year I’ve started embracing running races as training runs or even just for fun. It’s a great way to break up the monotony of training for a long distance race.

12 thoughts on “A long run on the Huckleberry Trail”