Yesterday after my long run, I ate a quick breakfast and changed into dry clothes and headed to the former Norfolk & Western Depot in town. It’s located at the start of the trail that I run on in town and is currently used as a bike shop/bike rental place. But I wasn’t there to rent a bike. 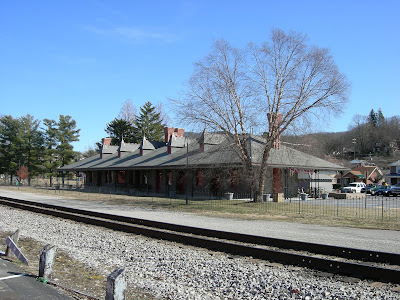 I was there because a steam engine pulling 12  passenger cars came through town on it’s way from Bristol to Radford, VA. 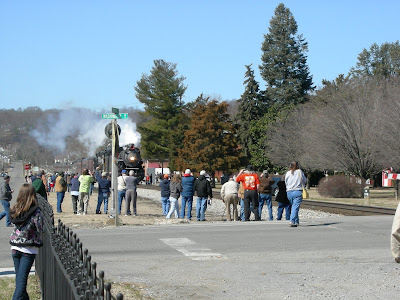 As you can tell by the people out watching the train, it was kind of a big deal. These excursions only take place once a year, if that, and usually it’s just freight trains that come through town. There was a similar excursion in July 2012, but before that they hadn’t done an excursion using a coal-fired steam engine on the mainline Norfolk Southern tracks since 1994.

The passenger train was pulled by the Southern Railway steam locomotive #630. It was built in 1904 in Richmond, VA and was retired from regular freight service in 1952. It currently resides in the Tennessee Valley Railway Museum in Chattanooga, except when they bring it out for an excursion as part of the 21st Century Steam program. 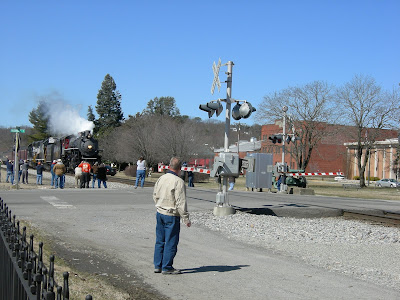 The excursion was by the Norfolk Southern Corp., in partnership with Watauga Valley Railroad Historical Society & Museum and the Tennessee Valley Railway Museum. They said the tickets sold out within days of them going on sale. Unfortunately, the train did not make a stop in town, so I was unable to get a good side shot of the engine. He actually came through really fast, which was kind of wild since people were standing really close to the tracks. It was fun to wave at all of the passengers on board. 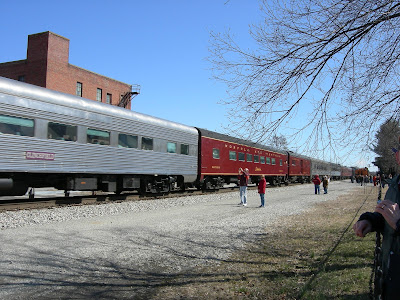 The train made a return trip later in the afternoon, but I must have missed it because all I saw were two freight trains go by. Here is a good side picture of it at the grand junction depot at the Tennessee Valley Railroad Museum.

Here is another photo of Southern Railway #630 coming out of the tunnel that it goes through after coming down the mountain and before coming into town.

It was a really neat thing to see, as I think there are only a handful of steam engines operating in the country. Here’s one more picture, from the Watauga Valley Railroad Historical Society website, that shows the engine better than I could as it was going by yesterday.

Hopefully someday we can take part in this once-in-a-lifetime experience to see the hills and mountains of the Appalachian region, while riding behind a steam engine, and to hear the whistle echo in the hills and hollows. See you next time, steam locomotive #630. 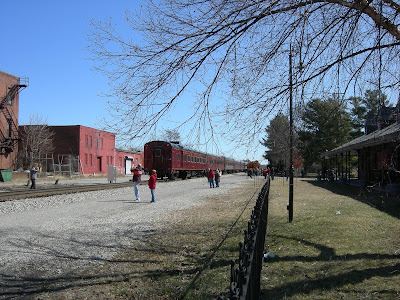 Have you ever ridden on a train pulled by a steam engine?

5 thoughts on “That exciting thing I’ve been talking about”