This morning started with a 7 mile long run at 10:40 pace on the trail in town. Despite the slower pace, I felt strong and the run flew by. I plugged in my most recent half marathon time (2:01:00) in McMillan’s calculator and the long run pace is 9:37-10:53, so I guess I’m good to go. I was on my own, since my running buddy is on vacation in Hawaii (!!) and Barry is planning on doing his long run tomorrow. I chose to run just with my thoughts and no music. My mind wandered to some strange and random places, and like having a dream at night and forgetting it the next morning, I can’t recall any of those strange thoughts now. Too bad, because they probably would have made you laugh. The weather was also really nice today- 29 degrees and snow flurries, but no rain and no wind! I actually also saw two other people out on the trail, which is a rarity. I have run up to 90 minutes on the trail before without ever seeing a soul, regardless of the weather conditions. 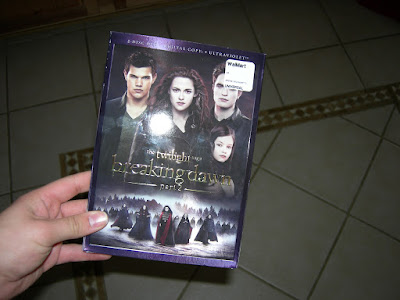 I also finally invested in some hand weights to use while doing the 30 Day Shred workouts. I bought a set of 2 lb. weights and a set of 3 lb. weights. So it’s back to the pantry for my two cans of apple pie filling. 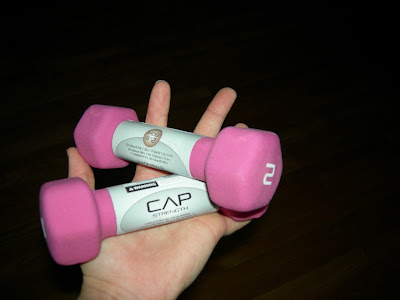 Once I got home from Wal-Mart I put my new hand weights to good use and did level 2 of 30 Day Shred. I used the 2 lb. weights and some of the moves absolutely set my shoulders on fire (the cans I had been using were 1 lb. 5 oz each), while some of the other moves I probably could have used the 3 lb. weights. Level 2 starts off with “walking push ups” which is where you bend down and touch your toes, walk out on your hands to push up position, do a push up, then walk your hands back to your feet and stand up. Every time I do these, I think of the bend and snap from Legally Blonde, even though it’s a slow move.

I am currently enjoying my impulse purchase that I grabbed while standing in line at the register at Wal-Mart this morning. 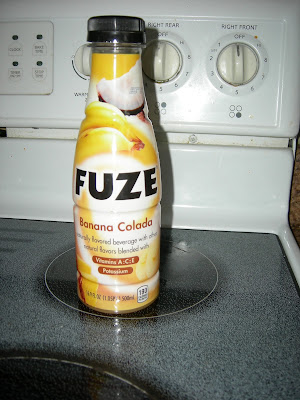 What is your long run or workout this weekend?

Do you see a lot of people when you’re out running?
Any Twilight fans? Are you excited Breaking Dawn Part 2 is out on DVD?

I’m excited (even though I already saw it in the movie theater), and Barry will be watching it with me later this afternoon 🙂

Have you ever tried Fuze? Do you like it?

2 thoughts on “A new movie and the bend & snap”