Fly by post today since my husband’s parents are visiting for the weekend!

Yesterday was my first complete rest day in 35 days. In lieu of exercise I spent the afternoon/evening giving Hank and Scout baths, cleaning the floors, dusting, and doing laundry. At the end of the day I still felt like I had done a decent amount of work (my back said so, anyway). Before all that happened, I went and got my hair cut after work. It felt great to get some of the length off of it. Here is the before picture: 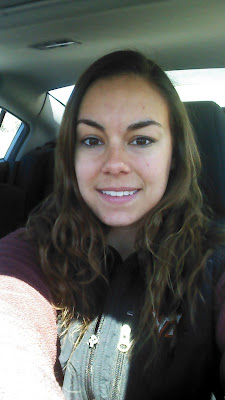 And here is the after picture: 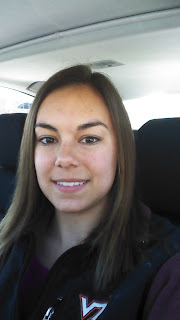 And here’s how it looks when I haven’t had it blow dried/straightened by my hairdresser: 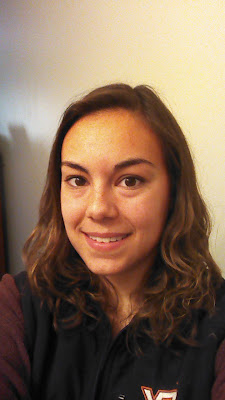 This morning I met up with my running buddy, Kim, for a long run at the trail in town. Barry came, too, but he did his own long run at a faster pace (nearly 12 miles at 8:04 pace!). I thought it was nearly 40 degrees, so I wore shorts and a long sleeve shirt, but it turns out it was closer to 32 degrees at the start. It did warm up to 40 degrees by the end of the run, though. I was a bit cold at the start, but I warmed up. Kim and I did 8 miles together, and then I headed back out for 2 more for a total of 10 miles.

As I headed out for my last 2 miles a freight train was coming through town. He was going really slow since there was an Easter egg hunt going on in the park right next to the train tracks. I tried to race him, but it turns out even a slow freight train is still pretty fast. I held my own for about 100 feet and then he passed me. Next time, freight train, next time…

We ran a few errands in town and came home and grabbed quick showers. Then we headed up to Radford with my in-laws for some lunch. After lunch we got some fro-yo. It had been entirely too long! (I think since Christmas) 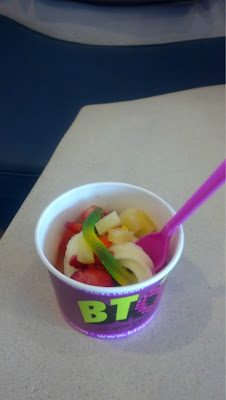 I put vanilla flavored frozen yogurt topped with strawberries and pineapple and then another layer of vanilla yogurt with gummie worms, reese’s pieces, and nerds. Just as we sat we down to eat the movie “Flicka” came on TV. I tried to eat my fro-yo really slow so we could stay and watch the whole thing, but that didn’t work out.

Once we finished gallivanting around Radford, we took the scenic route home and showed my in-laws the farm my husband works at, which is down the road from our house. These are some dairy cows out in the field. I made it big so it’d be easier to see. 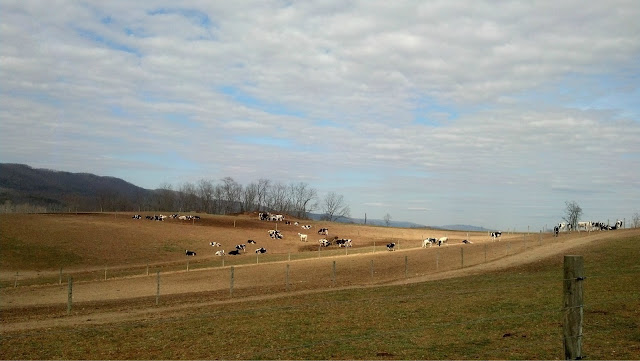 They also raise beef cattle. Do you see the new babies laying on the hill? They look like ants in this picture. 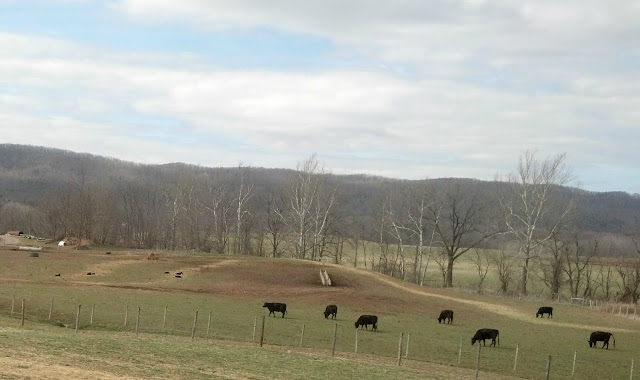 Do you get excited to get your hair cut? How often do you get it cut?
I get mine cut every 4-6 months. I think you’re supposed to go more frequently than that, though.

What is your long run/workout this weekend?

Have you ever seen the movie Flicka with Tim McGraw?

13 thoughts on “A hair cut and we have some visitors!”