This evening I ran 3.1 miles with Barry. As we headed out the door is started sleeting and it rained/sleeted on and off throughout the run. The temperature is hovering around 35 degrees, so really not too bad outside. I never felt hot during our run, but for some reason I was as sweaty as if it was 80 degrees outside when we finished running. It was a slow run and I felt like I struggled the entire time. I need to get out of this winter slump and get some inspiration.

Last night’s planned hard, hilly run ended up not happening. Actually no running happened yesterday. When I got home from work something else came up so I pushed my run to tonight. Then when I got home tonight I just didn’t feel up to a 5 mile run with tough hills. I may attempt it tomorrow or I may just put it on the back burner until next week.

As far as this slump I’ve been in lately, I’ve mainly been blaming it on the weather. I have races on the schedule (one coming up next weekend!) so there’s nothing missing there as far as motivation goes. But I think there’s something else that could be contributing to this slump- my diet. I’m going to make an effort to eat healthier over the next week and see if that makes a difference. I haven’t necessarily been eating really bad lately, but I could do for a clean up in my diet. We’ll see if that helps me start feeling like I have more energy when I head out for a run. That makes me think of an ad I saw on a bus last July in : 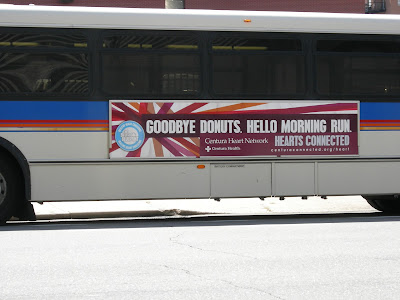 Except for me it’s going to be: Goodbye junk food. Hello better runs! This is random but there’s a story on the news right now on how they are keeping the in alive by cloning trees. They had some amazing shots of the … wow! I want to run there some day. 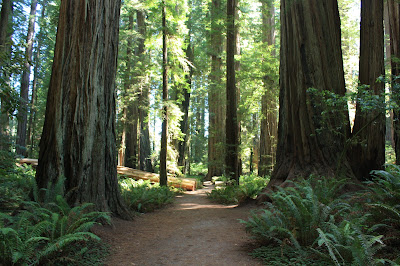 What do you do when you get in a running slump?
What’s the coolest place you have ever run?