Not much to report today. I started off with Jillian 30 Day Shred level 1 this morning. Today was day 10 in the program, so I will be switching to level 2 tomorrow morning. I’m looking forward to seeing what level 2 holds. My running buddy told me it doesn’t have any push ups, so that’ll be nice. 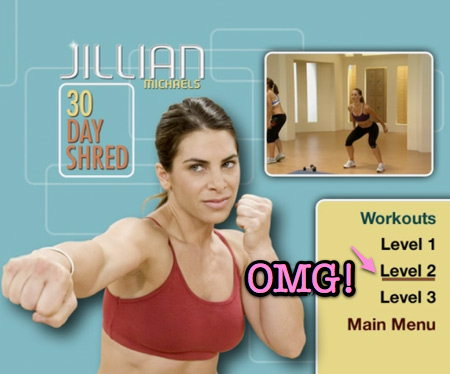 This evening I did a 4 mile recovery run with Barry. My legs were feeling tired after yesterday’s tempo run and even though tonight’s pace was easier the run still felt kind of tough. I’ve also had a headache all afternoon (that I still have right now). As we headed out, I was worried I was overdressed. But the sun started to set and the wind picked up a bit and I was glad to have on my tights and jacket.
We saw a hawk flying around while we were out running. Which reminds me, I forgot to mention that I saw four deer, two of which were babies, on yesterday’s run. I actually almost got hit by a deer on a long run once! I was running along a paved bike trail that had woods on either side and a deer shot right across the trail, only about 5 feet in front of me. It was one of those times where you stop and go “did that really just happen??”.

One last thing. Have you heard of/seen the singing goat videos? They’re hilarious! There are some breeds of goat that tend to be very vocal, so people took that and meshed it with popular songs. I think the Taylor Swift one at the end of the video is the funniest.

Do you like doing push ups/are you good at them?

What was your workout today?
What kind of wildlife have you seen when you’ve been out running?